Paul, Rob and Derrick perform as 'dotfunk' in London in January 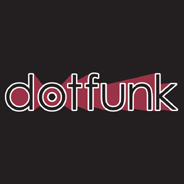 On Sunday 24 January 2010 a band called dotfunk will be performing at the Jazz Cafe in London.  The special thing about this band is that it features a great line-up including Jamiroquai bandmembers Paul Turner, Rob Harris and Derrick McKenzie.

Future shows are dependant on the band attracting a crowd on the night so they're obviously looking for as many people as possible to go along and attend.  Tickets are available in advance from the Jazz Cafe website, who write the following...

DOTFUNK take to the Jazz Cafe stage with a determination to bounce the house to it’s foundation!

No “same old versions of the same old tunes”, they promise a groove laden set guaranteed to nod the head of all those hip to the real deal. The band includes some of the UK’s most experienced and funky musicians and vocalists, with a line up featuring members key of Jamiroquai, Incognito and the Brand New Heavies.

They are the real deal for real funk music lovers. The rhythms will be hard n nasty, the horns tight n funky and the vocals soaring n soulful, let's party!

Nice.. Hope they will record some of it. Since im not able to catch the show... Damn

Dotfunk should really be a great band, no doubt about it, but I'm asking two questions: is it good for Jamiroquai to have its rythm section on an other band? There's no danger for the band life?