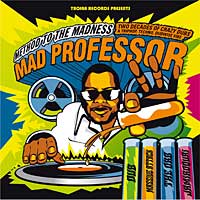 A new album called Method To The Madness by Mad Professor contains a dub reggae remix of Drifting Along (from the Travelling Without Moving album).  The track is called "Drifting Dub (Mad Professor Remix)".  The press release for the album is available online.

A short clip of the remix is available online in MP3, RealMedia and Windows Media formats.  The album is also available from stores such as Amazon.co.uk.

In other compilation news, Virtual Insanity appears in a new 130-track compilation called "Whatever: The '90s Pop & Culture Box".

Driftin Alone is a very very good reegae. A sample more of the professionality of jamiroquai make music.

I listen a lot of regaar cos I love Bob Marley and Driftin y a perfec tune.

Today in 1999, Canned Heat, the first single from Synkronized, had its first play on UK radio. It wasn't long after that the track was at number 1 in the airplay charts.