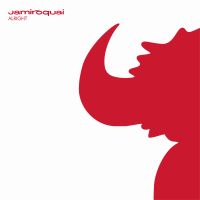 This is a reminder that the fifth and final 12" vinyl club release is out today (Monday) in the UK (both on vinyl and digital download).

Alright, taken from the band's 1996 album Travelling Without Moving has been remixed for 2007 by Alan Braxe & Fred Falke - who fans will recall also remixed Runaway last year.

To listen to some of the remixes please visit Jamiroquai.com.

This is also Jamiroquai's final official release as part of their recording deal with Sony/Columbia so congratulations for everything so far and we look forward to the future.

So no Radio single?! Nice singles collection if one song is not released as a single. Way to go!

ordered mine should arrive soon as its a new release :)

Slow month in the world of Jamiroquai. Not much news on future plans for band. Wanting to hear whether Jay is intending to release all future tracks on the web or whether a CD is soon to be in the works. Though i must say i am happy with the singles DVD. It was what i always wanted.

i think hmv is the cheapest at £3.99 plus free delivery and that goes for the rest of the 12" upto date remixes.

Could anyone tell me what's the difference between the dub and the remix? Listening to the previews on itunes i can only see that one is either longer or shorter than the other,but otherwise they sound exactly the same i.e the Todd Terry's Digital Club and the Todd Terry's In House Remix . Still they sound great esp the new remixes since they have different vocals.

"A dub mix is essentially the bare bones of a track with the bass turned up. Dub separates a song into its stark component parts, and adds and subtracts each sound of sound until a new composition is made. By adding space to a track, what is left has far more impact. By boosting a bassline until it's a monstrous shaking presence, dropping out the whole of the song except the drums, sending a snatch of singing into a reverberating echo, stretching out the rhythm with an interminable delay, dub can make a flat piece of music into a mountainous 3-D landcape" (Brewster and Broughton 2006: p128).

I hope that answers your question. I only have the 12" therefore haven't heard the dub, but usually a dub contains only little bits of the vocal or none at all and strips down the track leaving only the key elements.

Oh, and they should still release the Calvin Harris rmx of Canned Heat!