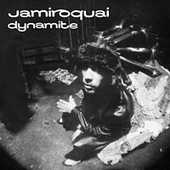 At Sanity.com.au, an image of what could well be the Dynamite cover artwork is shown.  Hopefully we'll have confirmation of the album artwork from Sony  BMG very soon, after the single artwork was revealed on Wednesday.

For information, although reported on the site recently, the album is still listed for release on 13 June.

Additionally, HMV Australia are using the same artwork on their site but are correctly listing 20 June as the release date.